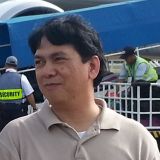 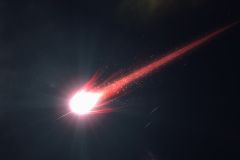 RedComet17 天以前
All A-10 photos will get 5 stars from me even if they were blurry!

user395617 天以前
These are some of the most effective aircraft at what they do and were made for combat and readiness, the engines can be mounted on either side for quick turnaround if needed. I'll never understand why so many of the brass over time have wanted rid of these, I think we should keep them around as long as possible.
Report

adelma17 天以前
The offset nose gear makes room for one heck of a cannon!! Function over style!!
Report

Douglas Miles17 天以前
User3956, I think we all can figure out why some higher-ups are always looking to replace extremely dependable, efficient and effective fighting machines. Someone somewhere always has something to sell the military that's a "better" tool, NOT... I'm not sure I've ever heard someone that's been in ground combat in the last 40-years say "yeah, I think it would be a good idea if we get rid of the A-10"
Report 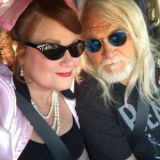 Mark Albrecht16 天以前
This is the very last thing many Taliban fighters saw during their earthly sojourn.
Report

Cole Neill16 天以前
All these badass airframes, yet a bunch of natives with rags on their heads bring us to our knees!
Report

Glen Horton15 天以前
silverio califano The offset nose gear is to allow the gun to be on the centerline of the aircraft.
Report

David Plummer12 天以前
First off, EXCELLENT SHOT! That cannon just stuns me by having to be designed so the firing barrel would be on the exact centerline of the aircraft. Had they not done so, the cannon's torque would cause structural damage to the aircraft. And, if it were fired on a continuous burst, it could literally stall the aircraft. Mind boggling.

As for the top brass at the Pentagon, there are a couple of issues. First, there is always someone wanting to sell a "new" thing. But the bigger problem is that the Pentagon treats every weapon system procurement as some kind of Christmas tree of wishes. Instead of focusing on a narrow set of needs, they always want more bells and whistles. Just look at the boondoggle called the "Joint Strike Fighter". It was sold as some kind of one-size-fits-all Swiss Army knife that would replace something like 8 other aircraft. But, the reality is that there are major differences between the A, B, and C models. In effect, despite the sales pitch of a single platform, we really developed 3 different aircraft. But to make things worse, there was a total disregard of actual battlefield need. The A-10 was one of the platforms the Brass wanted to replace. But, they lost focus. The bang for the buck with the A-10 is its extended slow speed loitering ability combined with awesome firepower, not to mention being a virtual flying tank. The JSF cannot fly as slowly and it doesn't have the amount of firepower, particularly the lack of that cannon. As is usual, the Brass ends up with weapons systems that are jacks of all trade but masters of none.
Report