pawsnursery47 6 年以前 4
Why does it say that Asiana has an all Airbus fleet? They have plenty of Boeings
回复 ↓•永久链接•Report

preacher1 6 年以前 5
A correction was issued. It comes up at the bottom of the story.
回复 ↓•永久链接•父级•Report

Tom Lyons 6 年以前 3
I believe the Asiana heavy that crashed on landing at SFO was a 777.
回复 ↓•永久链接•父级•Report

Lewis Tripp 6 年以前 8
I hope they know how to land it.
回复 ↓•永久链接•Report

"Airbus is a leading aircraft manufacturer offering a complete range of aircraft families as well as the most modern, comprehensive and fuel-efficient product line on the market."

I have never seen baloney sliced so thin or stacked so high.
回复 ↓•永久链接•父级•Report

Ric Wernicke 6 年以前 0
I been in many an Airbus. I know crap when I see it. Thanks for noticing.
回复 ↓•永久链接•父级•Report

Kevan Judge 6 年以前 2
Nothing like as bad as the 757s that many of the US operators have crossing the Atlantic, now they are tripe of the first order
回复 ↓•永久链接•父级•Report 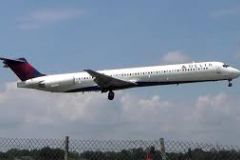 Ric Wernicke 6 年以前 3
Fear not Chairman Park, Mojave has plenty of space to park the beast when you become the eleventh customer to discover they cannot make money with it.

You might earn a few Won with the A350 XWB, but think of how rich your treasury would be with a Dreamliner on those routes. Now there is a plane people want to take from Seoul to NRT or HKG.

Please don't bring the A380 to LAX. I'd have to change carriers. Make sure your crews practice landing on clear sunny days. We have many more than SFO per year.
回复 ↓•永久链接•Report

honza nl 6 年以前 3
How can you make money with a 787 if everytime windows crack, electricity works other than expected etc ? Money you make with a reliable plane to start with...
And making money is something US business is not that good in at all, remember Chapter 11 is a standard US airline practise....
回复 ↓•永久链接•父级•Report

canuck44 6 年以前 0
You are probably correct. Every flight from San Jose, Seattle, Las Vegas, San Diego or similar direct to Seoul by a 787 will empty seats to LAX or SFO on the larger aircraft by those avoiding connecting flights to their final destination. This leaves the operators of the 388 to compete for final destination traffic. With luck we might even see some price competition.
回复 ↓•永久链接•父级•Report

preacher1 6 年以前 9
They probably just trying to keep up with KAL. KAL scraped a wing pod on one of their first ones. With their lack of manual flying skills as exhibited on 214, there is no telling what they'll do with that monster
回复 ↓•永久链接•父级•Report

Graham Armitage 6 年以前 2
I flew to Oz from Manchester recently. My biggest regret was being on an uncomfortable 777 for some of the journey. One of the highlights was travelling on the wonderful comfortable quiet 380. keep up the good work Airbus.
回复 ↓•永久链接•Report

steve rogers 6 年以前 2
wow! good thing it didn't happened to an American airline or you guys with have nothing to talk about lol
回复 ↓•永久链接•Report 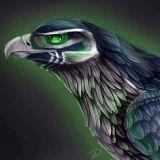 Dee Lowry 6 年以前 1
Really??? Asiana can't even land a
B-777 at SFO on a VFR approach! Hope these pilots renew their "hands-on" flying instead of relying on "computer navagation". It's all about the fundamentals of flying. I fear that they aren't capable of flying an A-380. I personally don't trust their flying ability. Too focused on the computer.
回复 ↓•永久链接•Report

Peter Ordway 6 年以前 1
Why haven't any of you thought of the fact that 911 was actually planned in KL. If no one knows the whereabouts of MH370, go figure! The US gov't surely must have the answer
回复 ↓•永久链接•Report

Rene Kunz 6 年以前 1
@ James Farnsworth(2 days ago):I've been thinking and believing in the same direction and root cause. Could the aircraft not have been hit by some descending 'space junk' or a small meteorite penetrating the fuselage, causing an explosive decompression and instantly incapacitating the cockpit crew?
回复 ↓•永久链接•Report

JENNIFER JORDAN 6 年以前 -1
Lewis, pray hard you never find yourself on any aircraft that needs to land upon a runway because your comment deserves misfortune and the families of Asiana and Malaysian airlines do not need your ineptness.

That said, kindest regards for the remainder of your sanity and good health!
回复 ↓•永久链接•Report

preacher1 6 年以前 3
Don't be too hard on him. There are a lot of the rest of us that feel pretty much the same. The pax and families of 214 did not need the ineptitude of those pilots either. Neither did the aviation world for that matter. That one "aw crap" wiped out any
"atta boys" or any good feelings for years to come. A flat out accident would have been one thing, but an unqualified pilot that was not called down and control taken per CRM, on account of culture/status showed the rest of the world just how Asiana operates.
回复 ↓•永久链接•父级•Report

JENNIFER JORDAN 6 年以前 1
You indicated the pilots of '214' were not competent with the machine but was it their fault or the airline for not checking if they were capable? The B777 is a wonderful machine in the right hands but even if numskulls were licenced to fly, the aircraft could have landed correctly.

Asiana's SFO crash was visible to us all, MH370 remains a speculators dream and a nightmare for the rest of us that seek to travel by air.

It is for those reasons I remarked negatively about our friend 'Lewis'.

No matter what the 'satellites' data cook's up or the big brains at MIT or Oxford deduce, I feel in my bones that this aircraft suffered a mid air detonation by way of serious fuel leak getting into live electrical activity that may have been damaged upon take off ( Air France Concorde comes to mind ) or innocently during routine maintenance thus rendering the destruction in flight of the aircraft.

Sadly, it may emerge that it was a terrorist event yet to be claimed as this seems to be a perfect crime! However, No terror group has spoken thus I deduce a structural fault at altitude and all on board are lost and without any hope of tracing the aircraft and it's collective remains.
回复 ↓•永久链接•父级•Report

As a long time 777 Capt i can't think of anything other than an explosive decompression that would have made it just fall out of the sky. And if that had happened some kind of parts of it would have been found.

The data that has been released as to radar, voice and satellite communications don't seem to be "cooked" up in anyway.
回复 ↓•永久链接•父级•Report

preacher1 6 年以前 1
The main thing that bothers me about MAS370 was that 3 wk or so lag before an actual search got started. Was that deliberate or just ineptitude? If it had blown, for whatever reason, debris could have sunk or currents carried it away. Other than Australia, there is not much land mass for it to wash up on if it went down in the area radar says it did, and even Australia is not that well populated on the coasts. Now there seems to be a big uncertainty that the radar and/or location is even correct and searching has been called off for a couple of months. Until they find it, it will just be one of life's mysteries.
回复 ↓•永久链接•父级•Report

Rene Kunz 6 年以前 1
I've been thinking and believing in the same direction and root cause. Could the aircraft not have been hit by some descending 'space junk' or a small meteorite penetrating the fuselage, causing an explosive decompression and instantly incapacitating the cockpit crew?
回复 ↓•永久链接•父级•Report

PICTURES: Asiana joins the A380 club

South Korean carrier Asiana Airlines has received its first Airbus A380 aircraft at a ceremony in Toulouse.