提交时间：6 年以前
Jan 18 2015 : The Times of India (Delhi) Chennai:A fight between a pilot and a flight engineer in the cockpit of an Air India plane at Chennai airport on Saturday landed the engineer in hospital and left 118 passengers in disarray . The flight, which was to depart at 9.45am, took off two hours late because of the scuffle.The flight captain, Maniklal Sanghi, has been grounded till investigations are over. There were no passengers on board when the incident happened around 9am. The plane, a… (epaperbeta.timesofindia.com) 更多...

Ric Wernicke 6 年以前 10
No one wants to whisper the real demon in India that causes this sort of friction in all corners of the country. The caste system.

While officially no longer recognized, it is still very much in place in the minds of Indians. This is the system where strata of society form that do not allow penetration upward of the lower ranks. A low caste person would clean the plane, but a high caste person would fly it. Persons of higher castes also bring with them a sense of nobility of their position, and can react to challenges by low caste persons with everything from condescension to argument, to fist fights.

This pilot felt his caste had been insulted to the point that corporal punishment of the engineer was necessary.

India is an incredible place. Some would argue that it was the cradle of civilization for Europe. What ever purpose the caste system served in ancient India has no place in the modern world. Just like racial or religious discrimination the caste system is a disease on diversity needed to have a great society.

The passengers had to spend a day in Bombay, with hotel expenses paid by the airline. I don't understand what is the problem, being such a paradise.
回复 ↓•永久链接•Report

canuck44 6 年以前 7
Ric...part of the caste system is rampant nepotism which occurs in all levels of government, medicine and academia. AI has not been immune from this aspect. China suffers from the same problem with the "Princelings", based not just on family but political loyalties.
回复 ↓•永久链接•父级•Report

Martin Haisman 6 年以前 5
Reminds me of flight 8509 the Korean hierarchy the co-pilot did not challenge the pilot. I admire people who remember their roots and culture but when the pilot hat/business hat goes on your paid to do the job. Don't like it FON.
回复 ↓•永久链接•父级•Report

canuck44 6 年以前 5
Seems to be an AI trait...couple of years (2009) ago there was a fight on a Dubai to Dehli flight between the pilot and the purser.

Another pilot got into a fight with a air hostess who objected to him seating a customs officer in the cockpit (reasons not stated but it can be assumed favors were to be passed).

In May of 2013 two pilots switched on the autopilot, left two flight attendants in the cockpit and took a nap in business class. That same month a pilot got locked out of the cockpit after a trip to the loo necessitating the co-pilot to make an emergency landing.

In 2012 another pilot was suspended after he refused to take off without his mother in the cockpit.

Another recent incident a pilot and his copilot got into a vigorous discussion prior to take off with the co-pilot leaving the aircraft and refusing to fly with that captain.

This is like the gang that can't shoot straight.

Two more pilots were suspended for having an "actress" in the cockpit.
回复 ↓•永久链接•Report

jet4ang 6 年以前 2
Thank you for the info. I sure as hell will NEVER fly on that airline when traveling.
回复 ↓•永久链接•父级•Report

Frank Harvey 6 年以前 3
Note that ..."Aircraft Maintenance Engineers of the airline pointed out that the pilot has a history of short temper." If correct would you want him in the left seat of any cockpit ?
回复 ↓•永久链接•Report

Ken Lane 6 年以前 2
Given my experience with a few Indian students at a ticket mill I wouldn't expect much better from certificated pilots. It was certainly a case of the inmates being allowed to run the asylum.
回复 ↓•永久链接•Report

lynx318 6 年以前 2
Can anyone say "Air Rage" or better yet "Kim Jong Un Syndrome" agree with me or I'll take you out.
回复 ↓•永久链接•Report 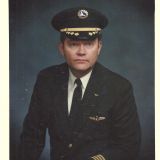 Navy65 6 年以前 2
Expect whatever when you fly on any third world airline.
回复 ↓•永久链接•Report

Musketeer1 6 年以前 1
Engineer in most foreign countries means a mechanic that travels with the airplane.
回复 ↓•永久链接•父级•Report

Er.A.K. Mittal 6 年以前 -5
Mechanic ? Hey , you seem like another ignorant guy. Not your fault . Pilots re just trained drivers, not university educated professionals like engineers who create and maintain aircrafts .
So please try to learn the difference between a mechanic and an engineer. For god's sake !
回复 ↓•永久链接•父级•Report

Musketeer1 6 年以前 3
What are you talking about? A flight engineer, or flying engineer in foreign companies means a certified mechanic that travels with the airplane.

If you want to go on an insecure rant because you are an engineer and not a pilot, that's fine. But facts are facts.
回复 ↓•永久链接•父级•Report

THRUSTT 6 年以前 1
Musketeer is right in his explanation.
On a side note, I have encountered many, and I mean many University edjumacated people who are just plain dumb!!! Note that I capitalized University, unlike yourself...
回复 ↓•永久链接•父级•Report

THRUSTT 6 年以前 2
By the way, I just have a High School education... The College of hard work and struggle cleaning airplane shitters didn't want to issue me a Diploma...
回复 ↓•永久链接•父级•Report

Er.A.K. Mittal 6 年以前 -9
You seem like pretty ignorant pilot living in a box ! You seem to be coming to hasty conclusions . Is it so in your professional life also ?
Who makes the aircrafts fly ? Pilots ? No , it's engineers. Pilots are just like drivers .
回复 ↓•永久链接•父级•Report

tpmorrow 6 年以前 1
I agree with neither of you, though I see Mr. Mittal's posts often here, and he seems to be an OK guy. However, two points:
1. "Engineer" in the Western English-speaking world is short for "Flight Engineer", whom you don't see anymore in the West.
2. It's "aircraft", not "aircrafts" - just like "deer", not "deers".
回复 ↓•永久链接•父级•Report

joel wiley 6 年以前 0
On the other hand, while 'aircraft' is an object and a collective noun like sheep, skills are not. So it would be grammatically correct to say 'pilots use their aircrafts (air craft skills) to fly. I found a few references that indicate 'aircrafts' usage has increased over the decades. That may merely reflect the level of familiarity with the subject by aviation journalists.
回复 ↓•永久链接•父级•Report

tpmorrow 6 年以前 0
Doesn't mean it's right. People love to use "impact" as a transitive verb because they think it makes them sound gauche. But more to the point, you can always make a case that anyone can say anything, and most often find an example to prove the point. But of course we still don't use "aircrafts" as it has been used in this thread. I'm not riding on a high-horse; I was just trying to do someone a favor, as I, and the person in question, are bilingual - even trilingual - and I'm guessing you're not, if you live in the US, and pointing out things as I did is helpful. And as a matter of fact, your example "pilots use their aircrafts" would be perfectly fine with "aircraft" in the singular, as this is how we speak and write English.
回复 ↓•永久链接•父级•Report

AWAAlum 6 年以前 5
At the end of the day, proper usage or not, the point was driven home. Isn't that, after all, what really matters? This nitpicking is a tad sophomoric.
回复 ↓•永久链接•父级•Report

BaronG58 6 年以前 2
Does your Mom know you're on the computer?
回复 ↓•永久链接•父级•Report

tpmorrow 6 年以前 -1
BaronG58 or sanctimonious douchebag? Because I've seen your posts before, and you don't strike me as someone who's too nice.
回复 ↓•永久链接•父级•Report

Tony E 6 年以前 1
Typical of the arrogance of poorly trained and a nepotistic airline system.Indian airline system one of the worst in the world, being only slightly better than Indonesia, where if daddy was a general you are guaranteed a left seat job even if you have trouble walking and chewing at the same time.
Bad news for Mittal, unless the bozo calling himself an engineer has a degree in aeronautical engineering he is a mechanic. They dress them up euphemistically as engineers so that they can pay them less
回复 ↓•永久链接•Report

THRUSTT 6 年以前 1
Mechanics are titled engineers in most other parts of the world, a flight engineer is usually a travelling mechanic. What's the big deal if they have that title???
In a US hotel, if the battery in your TV remote dies, they send up the engineer with one...
回复 ↓•永久链接•父级•Report

Er.A.K. Mittal 6 年以前 5
In a professional world, there is no place for culture or sub-culture or nationality !
Flying an aircraft and looking after maintenance these are professional jobs . Be it India or USA or any where else.
Right ?
回复 ↓•永久链接•父级•Report

joel wiley 6 年以前 1
With the world's largest democracy, there will always be a few loose cannons. Look at the numbers here in America - they just aren't on the flightdeck, usually.
回复 ↓•永久链接•父级•Report

Jeffrey Babey 6 年以前 2
I read this story this morning, very sad for the passengers.
回复 ↓•永久链接•父级•Report 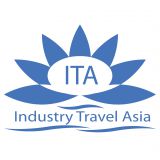 Too many issues to consider, added to a bad day, and a hot curry temper grounds flight. Airline wonders why they don't test for sanity of pilots.