Jet Blue bans for life passenger who flew while awaiting Corona virus test that turned out to be positive.

提交时间：大约 1 年以前
Anyone on that flight who comes down with Corona should sue him! (www.dailymail.co.uk) 更多...

I'd also suggest that other airlines follow suit not only with COVID-19 pax, but also those who on a normal day disrupt everything and necessitate an unplanned landing cause they can't handle their alcohol intake.
回复 ↓•永久链接•Report

Leave politics out of it, children. This is an aviation board.
回复 ↓•永久链接•Report

Dale Ballok 大约 1 年以前 5
Conflicting information again!
First it’s reported he found out his test results inflight.
Then it’s reported a passenger heard him receive the test info PRIOR to takeoff!
Not that it changes anything, but what’s the real story?
回复 ↓•永久链接•Report

Braniff77 大约 1 年以前 16
I believe that his wife got a text about the positive diagnosis just before they boarded. If he showed enough symptoms that he needed to be tested, he shouldn't have gone anywhere until he got the results. Especially not an airport.
回复 ↓•永久链接•父级•Report

Robert Cowling 大约 1 年以前 5
BUT You can be contagious and not have any symptoms! Seriously!!!

That is the king of 'truth' that isn't out there. That is the kind of truth that is freaking the hell out of physicians worldwide. They have to believe that every patient they comes in the door could be positive, and not symptomatic.

The American healthcare system is overloaded, and it's going to get a lot worse. No matter what the president says. A LOT of people are going to die. Potentially 100,000, or more.

This is NOT a virus to treat with callousness and stupidity. And the effects of the massive infection rates are going to cost people their jobs, their homes, their cars, their lives.
回复 ↓•永久链接•父级•Report

Bernie20910 大约 1 年以前 3
If he'd had no symptoms he wouldn't have been tested. Now, take a deep breath and relax a little. Will this virus cost some lives, yes, it most certainly will, but put the number in perspective with some of the other things that cost lives every year, like medical malpractice (251,000 per year).
回复 ↓•永久链接•父级•Report 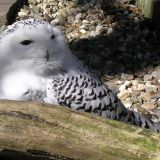 Robert has Trump Derangement Syndrome...He's childish, and should be ignored in every post...
回复 ↓•永久链接•父级•Report

Jim Myers 大约 1 年以前 4
YOU are the one that mentioned Trump, not Robert.
回复 ↓•永久链接•父级•Report

godutch 大约 1 年以前 1
Au contraire, Here is Robert's exact words in another post below that that was downvoted and removed: "...and if Fox News and the President says 'there is nothing to be worried about AT ALL'..."
回复 ↓•永久链接•父级•Report

rdlink 大约 1 年以前 2
Well they did. And it was a lie told to protect his ratings. Now it's backfiring on him. Good.
回复 ↓•永久链接•父级•Report

Torsten Hoff 大约 1 年以前 4
If someone overheard him get a positive test result before boarding the flight, that person should have notified the airline staff and authorities.
回复 ↓•永久链接•父级•Report

Mark Weiser 大约 1 年以前 9
This just shows how selfish and uncaring people can be, what was so important to them that HAD to go right now..
回复 ↓•永久链接•Report

Concentrated stupidity. People beliee what they want to, and if Fox News and the president says there is nothing to be worried about at all, you can blame the stupid, but that blame goes to ALL concerned. Fox News should be closed down for being a 'Public Nuisance'. And Medal of Freedom winner Rush should be thrown in jail for being a malignant ass...

Stupid hurts, and it kills too.
回复 ↓•永久链接•父级•Report

godutch 大约 1 年以前 -6
You are a fool and a liar. Your statement: "...and if Fox News and the President says 'there is nothing to be worried about AT ALL', you can blame the stupid..." is a f'n lie. Prove anywhere either the president or Fox News said there is nothing to be worried about AT ALL??? Even though YOU added the'at all' at the end, the prior portion of the statement was never, ever stated. Where is your proof? I have been watching Fox news for days and there were no statements like that AT ALL. You need to stop with the politics, because, your Trump/Fox Derangement Syndrome shows how childish you are.
回复 ↓•永久链接•父级•Report

rayandyaz 大约 1 年以前 1
Matthew, get off Fox News for a moment. The president called it a hoax and that it would just go away quickly. He has changed his tune since his economy has gone in the tubes and now he has nothing to run on except his racist attitude. The Dems are pushing him to these recovery plans as he will look even worse in public if the GOP doesn't jump on board. This virus is serious and will put the world economy on it's rearends. Get over your rants about Robert and come to grips with reality.
回复 ↓•永久链接•父级•Report

Bryan Williams 大约 1 年以前 5
The President did not call the virus a hoax. He called the politicization of the virus the next Democrat hoax.

“No no no, hoax referring to the action they take to try and pin this on somebody because we’ve done such a good job,” he said. “The hoax is on them, I’m not talking about what’s happening here, I’m talking about what they’re doing, that’s the hoax.”

“That’s just a continuation of the hoax, whether it’s the impeachment hoax or the Russia Russia Russia hoax, this is what I’m talking about –certainly not referring to this, how could anyone refer to this, this is very serious stuff,” he said.

He also didn't say it would go away quickly. He said in NH, "In theory" it will die off in the hot and humid weather, starting around April.

godutch 大约 1 年以前 -9
Ok 'Robert'...sorry for your sickness too...you need to be tested for the Trump Derangement Syndrome...it clouds your brain. (Just a reminder, the economy is going in the shitter because of actions the President AND Republicans AND Democrats have taken...not the virus. And you ARE right, the unprecedented good economy was truly engineered by Trump...solely by Trump. I understand this virus is dangerous I'm 62 and nearly in the danger zone.
But remember, no matter how sick YOU get with TDS, nothing will change the truth that this entire situation was caused by the Chinese...and no one else.)
回复 ↓•永久链接•父级•Report

rayandyaz 大约 1 年以前 5
This economy that was “generated” by Trump is a simple concept. You take an economy that is moving positively, strip all restrictions covering the environment, cut all taxes to corporations, drop interest rates during a time of positive movement, put health insurance coverage on even shakier ground, so in essence you pour gas on a bonfire. What you have is economy on warp speed with zero safety nets and zero potential for recovery in case of disaster outside of taking a trillion dollar debt even deeper. And here we are, that unexpected disaster and who is asked to bail it out? Middle America, the ones that were screwed in all your policies. You have a serious problem, it is watching Fox News and being uneducated. While you sit and home, unless you still think this is a hoax and not necessary, try researching economic theories. Your orange god has no clue what he is doing and the US economy is going to suffer like 2008 was a primer. Get educated: I know it isn’t a GOP standard but try it anyway.
回复 ↓•永久链接•父级•Report

Dan Grelinger 大约 1 年以前 5
And this post speaks clearly as to the person you are...

Move along folks, nothing of consequence here...
回复 ↓•永久链接•父级•Report

William Medlin 大约 1 年以前 4
Should be placed on the Do Not Fly list.
回复 ↓•永久链接•Report

On the other hand, so many aircraft at my home airport, YYZ, are grounded. Canada has 320 cases of Corona!
回复 ↓•永久链接•Report

mary susan watkins 大约 1 年以前 3
as bad as things are getting with in the airline industry due to the corona virus and passengers cancelling or not booking,not only are there serious health concerns about anyone flying,but the financial concerns for the airlines is massive..the passenger was inconsiderate and stupid for traveling after being tested due to having symptoms,and there will be some who sue jet blue for allowing the person and his wife on the plane in the first place..
回复 ↓•永久链接•Report

WhiteKnight77 大约 1 年以前 2
Others who either falsely claim to have or actually have coronavirus should be banned from all airlines for life. Joking about such should get you sued as well by said airlines to recoup the expenses they had for the idiot's stupidity.
回复 ↓•永久链接•Report

Jose Matos 大约 1 年以前 1
That passenger shouldn't been flying if he was tested positive for COVID-19!
回复 ↓•永久链接•Report

steve jenney 大约 1 年以前 1
identify the guy...how do i know if i have been near him? hey he's going to palm beach...the wife had a bridge game and he had a tee time the next day.....
回复 ↓•永久链接•Report

Robert Cowling 大约 1 年以前 -8
Ban for life? They should be jailed for life! Such concentrated stupidity should win the idiot sterilization, and at least a year in federal prison. Put them in one of the border cages. What an idiot!
回复 ↓•永久链接•Report

Martin Allan 大约 1 年以前 0
Any person who has cause to have the test for this disease must know the possibility that they will return a positive result. Anyone positive is very likely to be a carrier and to infect persons they encounter, especially in the confines of an aircraft cabin with recirculated air. Knowingly to travel, as he did, with the heightened probability of infection; and almost certainly advice from his medical advisors that he should self isolate until proven non infectious was a criminal act. Prosecution for deliberate criminal intent to injure/possibly kill such persons seems a very reasonable outcome. I note that someone here has posted that he almost certainly will spread the disease and that deaths are likely to result if they believe what they have written I cannot accept that such behaviour seems a trivial problem as I interpret their opinion to be.
Given the choice of refusing to travel with that risk revealed I'm sure that they would not accept that risk!
回复 ↓•永久链接•Report