Submitted 8 years ago
An Australian aircraft Thursday detected what may be the fifth signal coming from a man-made device deep in the Indian Ocean, adding to hopes that searchers will soon pinpoint the object's location and send down a robotic vehicle to confirm if it is a black box from the missing Malaysian jet. New signals are "great new lead" in Malaysia Airlines search, investigators say The Australian air force P-3 Orion, which has been dropping sonar buoys into the water near where four earlier… (www.cbsnews.com) More...

Not to give up hope is inherent to humans.
Yesterday's interview of Malaysian PM ( ? ) to news channels clearly lays stress on persistent efforts no matter what the odds are. He reminded all, of AF 447 search where the BB were found after 2 years !
And now the chances are that inspite all the difficulties we may be able to locate the MH 370 wreckage sooner than suspected earlier, in the beginning.
Reply ↓•Permalink•Report

Er.A.K. Mittal 8 years ago 0
It was only a matter of time that the ships armed with present day high tech instruments reached the target area/s.
We have to have faith in human ingenuity and persistence not to say 'no' or to give up !
Humans have displayed this perseverance since time immemorial and will continue to do so .
And therefore, 'the earth will keep moving' , that humans will keep progressing .
Reply ↓•Permalink•Report

Australian authorities believe they have found the location of the black boxes from the missing Malaysia Airlines flight in what appears to be a major breakthrough in a case that has been one of aviation’s greatest mysteries.

In China, Australian Prime Minister Tony Abbott told reporters at a press conference that authorities believe that the signals currently being detected are from the black box from Flight 370.... 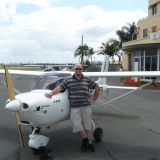 Position being triangulated by ships in the search.

Flight 370: ‘We’re Searching in the Right Area’ as Focus Moves to Smaller Stretch of Ocean

The search for the missing Malaysia Airlines jetliner continued in a much smaller strip of the southern Indian Ocean Wednesday after Australian authorities said that they hope they would find the plane “in a matter of days” after new pings were detected.

The newest signals, which are believed to be emanating from the plane’s emergency locator beacons, were detected within an area roughly 20 miles (32.18 kilometers) long by 10 miles (16.1 kilometers) wide, approximately 1,400 miles (2,253 kilometers) northwest of Perth.

The area is known as Wharton Basin and the mostly flat region has not been mapped in 50 years....

In a sea of uncertainty, two bits of good news emerged Wednesday.
Searchers picked up fresh signals that officials hope came from locator beacons attached to the so-called black boxes in the tail of Malaysia Airlines Flight 370, which disappeared more than a month ago while carrying 239 people from Kuala Lumpur to Beijing.
The Australian ship Ocean Shield had first picked up two sets of underwater pulses Saturday. It heard nothing more until Tuesday, when it reacquired the signals twice. The four signals were within 17 miles of one another.
"I believe we are searching in the right area, but we need to visually identify wreckage before we can confirm with certainty that this is the final resting place of MH370," said Air Chief Marshal Angus Houston, who's coordinating the Australian operation.

As day 34 of the search for the missing Malaysia Airlines plane drew to a close, searchers reported the detection of a fifth ping possibly coming from the plane as well as new information on the plane’s altitude as it crossed Malaysia.

A Malaysian government official told reporters Thursday that that the Boeing 777 disappeared from military radar for approximately 120 nautical miles ...