A pair of United States Marine Corps "Evil Eyes" MV-22B Ospreys (#13 - 168350 in the lead with #06 - 168018 directly behind), call sign "Keanu", are captured here in the last half hour of dusk light as they make their final approach along Reno Tahoe International's 16L to touch down at Atlantic Aviation. Both Ospreys are assigned to VMM 163 (Marine Medium Tiltrotor Squadron, 3rd Marine Aircraft Wing) "Evil Eyes" (formerly "Genie Eyes" - see below) at MCAS Miramar.
This is the first photo of 168350 to be entered into FA's Photo Gallery.
** The "Genie Eyes" name was inspired by the "I Dream of Jeannie" television sitcom; however, the "Evil Eyes" name was adopted when US ground forces in Vietnam began using that name to refer to VMM 163 aircraft supporting them. In 1966, all Marine units were directed to stop using white paint on their aircraft. VMM 163 commanders used an extremely technical detail to ignore the order and the "Evil Eyes" continued to be painted with black - and WHITE - paint. Later in that same year, as those same commanders were attending a meeting, they began catching hell for ignoring the directive - until a high ranking ground force officer commented on how great a morale boost it had been to see the "Evil Eyes" appear to support the ground forces during a recently-fought battle. The "Evil Eyes" have been black and white ever since.

Gary SchenauerPhoto Uploader3 年以前
Another tremendously hot day out there on the exposed ramp (but I did manage to find a small outdoor open-air equipment storage area with a bit of a roof), and finally, after a six hour wait (2 PM til 8 PM), these two arrived. It was a very, very long wait; but it was a very, very worthwhile one. Earlier, the Hickam-based C-17 had arrived exactly on schedule. And then, when these two Ospreys arrived, not only did I get closeup snaps of every phase of approach, landing, taxiing and shutdown; but I also was invited to come aboard, sit up in the cockpit, and yak with the crew. By the time I left, it was dark.
To every single person who made this fantastic experience happen for me, I am so deeply grateful. This photo above is the first of many that will be on the way to each of you.
.... Most appreciatively, Gary "Olde Carl"
Report

And a special thanks for your backstory on how this photo capture happened!!!
Report

Isaac Vogelzang3 年以前
Awesome! I love to see shots like these of rarely-seen military aircraft (at least here on the east coast). Very cool story as well!
Report

Gary SchenauerPhoto Uploader3 年以前
Greg, Cliff, Isaac -- TY, guys. (Wave) Hey, Cliff & Isaac - I had omitted a bit of "backstory" info, but I'll pass it along - it's good for a chuckle. (Grin) As everyone knows, there aren't very many small outdoor open-air equipment storage areas "with a bit of a roof" out in the midst of airport ramps. But in extremely hot desert environments where the sun beats down rather relentlessly, one item of equipment often gets "stored" (ie: parked) under a roof if possible. It doesn't help very much, but the less it sits out directly under a hot "boiling" sun, the better. (* Right about now, folks who have airport ground crew experience are beginning to grin. *) And where it was parked was the only little roof I could find to provide some shade. (Bigger grin) It was a trailer with a large hose. One end of the hose had a coupling; the other end went into a tank on the trailer. I found my shady spot about ten feet away from it. And even tho it was under a little roof, I swear I could hear something bubbling inside. Well, OK, maybe not bubbling, but judging by the fumes, something inside that tank was definitely "cooking." Ah, the things I am willing to endure to pursue my aviation photography hobby. (ROTFLMAO!)
Report 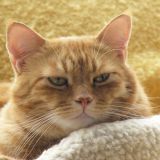 David Seider3 年以前
Gary - Thank you so much for the backstory, and for highlighting the less-common potential hazards of aviation photography!
Thankfully, this potential hazard remained just that.
You could have ended up in a world of...something.
Report 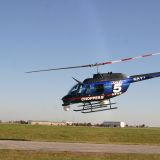 peterjp52 年以前
There is not a single one of your photos that should be voted under 5 stars.
Report

Gary SchenauerPhoto Uploader2 年以前
Leland, Dave, and PeterJP5 ... Hey, guys. I apologize for not seeing these comments for so long. And I send my Thanks to you all for your comments and complis. Peter .... That is a very, very wonderful comment. As so many photographers here on FA can tell you, there are plenty of folks who are members of FA who vote one or two stars on everyone's pictures. And they do it for a variety of reasons, but most commonly due either to jealousy or personal animosity. For example, there is one FA member who lives in the Reno area who logs in (almost) every afternoon or evening, awards one or two star votes to numerous contributors, and then logs out. He never comments or posts - just downvotes. Been doing it for several years. I know who he is; used to associate with him until I discovered he has some severe character issues. His low votes, along with low votes from anyone else, are absolutely meaningless because he does not explain WHY he has downvoted the pic. A truly sincere viewer who low-votes a pic would add a comment to state what is wrong with the pic in order to help the photographer improve and get better. But since the person who is low-voting probably knows little to nothing about photography, he cannot offer helpful comments so he is just low-voting because he can be anonymously jealous or anonymously spiteful. Everyone who contributes to FAs gallery must remember that it is a public access website, so any person can join and be a voter, so never take a low vote seriously - it could be from a child, from an angry ex-spouse, from someone who does not know which part of a camera to point at the aircraft, from the POTUS, or from the poor soul who lives about four dozen miles away from me. So, Peter, your comment to me here is extremely appreciated. I would only ask that, if you ever feel you must give a very low vote to any persons photo, you also give a brief explanation of WHY and then tell the photographer WHAT he / she must do to improve their photos. (Thumbs Up)
Report