747 supertanker in battle to save Brazilian forests

提交时间：6 年以前
This is an amazing aircraft. It can fill, fly to a fire within 300 miles, drop its load, return, refill, and be on it's way within an hour. (www.ktvu.com) 更多...

Dale Ballok 5 年以前 6
I'm done here. Can't have an intelligent conversation/debate with people who insist on slanting the topic to suit their own
personal agendas.
Now there's someone throwing out "what -if's". Here's one-"What if" no plane crashes? You can make up "what if"
scenarios forever.
As a retired firefighter and aviation buff,
I can truly appreciate the enormous fire suppression impact carried out by the 747 Supertanker, regardless of where its operating.
回复 ↓•永久链接•Report

Bolivia is in Brazil!

Bolivians in Brazil are individuals of full, partial, or predominantly Bolivian ancestry, or a Bolivian-born person residing in Brazil. ... Nowadays, the Bolivians constitute the biggest group of foreigners living in the country, with an estimated 350,000 Bolivian nationals currently living in Brazil.

Mario Cespedes 6 年以前 11
Bolivia is a country, brazill os another, please read what you posted, you searched bolivians in brazil, its like searching for canadians in brasil and telling me that Canada is in brazil.
回复 ↓•永久链接•Parent•Report

Andy Cruickshank 6 年以前 3
I would not have been as polite as you!!
回复 ↓•永久链接•Parent•Report

Mark Harris 6 年以前 8
According to the 2011 census 506,000 people born in Wales live in England. Does that mean Wales is in England? I don't think so.
回复 ↓•永久链接•Parent•Report

Falconus 6 年以前 5
Just for reference, the population in Bolivia is about 11.5 million people, which is similar to the population of North Carolina or Georgia. It is a little less than twice the size of Texas or France.

It's a little surprising, honestly, that geography is such a problem this week on an Aviation forum.
回复 ↓•永久链接•Parent•Report

Dale Ballok 5 年以前 -2
If I want a geography lesson, I'll check out a National Geographic web site....this is an AVIATION site!!!
回复 ↓•永久链接•Parent•Report

mimana 5 年以前 2
But if a plane crashes you want to where... so geography lesson is necessary.
回复 ↓•永久链接•Parent•Report

Falconus 5 年以前 2
That's the point. As you put it, it's an AVIATION website. Planes fly from place to place, geographically speaking.
回复 ↓•永久链接•Parent•Report

Dale Ballok 5 年以前 1
Does it really matter???
Some people will argue/disagree with the sun coming up and setting!
Why not include the republican/democrat debate too!ðð©
It's a great firefighting tool. Who cares what country it's sent to?
回复 ↓•永久链接•Parent•Report

Falconus 5 年以前 0
You are free to disagree with me about the sun coming up and setting as much as you would like. You don't have to know something/be right about it for it to be important.

Distinctions between border countries such as Bolivia/Brazil, the USA/Mexico, and Germany/France may not be very important to you personally, but realistically these [often arbitrary] political boundaries have a very important effect.

There is a lot of chatter about the Brazilian government sabotaging the Amazon Rainforest with these fires. I am not weighing in on whether this is accurate or not (I really have not looked at the evidence one way or the other at this time), but if you don't want to distinguish between Bolivia and Brazil, you have just pulled Bolivia into the accusations. You still may not think that that is important, but it may (or may not) just be that the geopolitical situation in regards to these fires is related to why the airplane was dispatched to one place and not the other.

Given the headline of this post "747 supertanker in battle to save Brazilian forests", which is incorrect based on the linked article, the point about whether Bolivia is a part of Brazil or not is actually extremely relevant.

You may not care about this article, and that's fine. But if you do care about it, it's an important distinction to make.

Also just in the interest of not being rude, it's good to have an idea about what it means when somebody says that they are from a certain country or region.
回复 ↓•永久链接•Parent•Report

Dale Ballok 5 年以前 4
The point of the article is about how great the 747 Supertanker is and how great a firefighting tool it is..
You can dissect the area it's currently being used in, but like I said, "WHO CARES WHERE ITS BEING USED"?
If you want to carry on a diatribe about what country, region, latitude, longitude, temperature, population, etc, go ahead but you've not had any comments on the topic...THE 747 Supertanker!
回复 ↓•永久链接•Parent•Report

Falconus 5 年以前 2
Right, it doesn't matter at all where it's being used. Let's just waterbomb the %&+* out of the Central Atlantic Ocean. It's all about the airplane, after all.
回复 ↓•永久链接•Parent•Report

Mario Cespedes 5 年以前 0
The plane has a contract with the bolivian government, brazil is puting out fires using the army, actualy, evo morales, the bolivian president authorized yhe burnings thay lead to this dissaster.
回复 ↓•永久链接•Parent•Report

WhiteKnight77 5 年以前 3
That they went down to help fight the fires is a good thing. The people I feel for are the indigenous peoples there that do not want to be bothered by anyone.
回复 ↓•永久链接•Report

Andrea Gentilini 5 年以前 3
A 747 can do almost everything. What a wonderful machine !!
回复 ↓•永久链接•Report 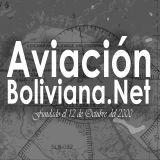 sharon bias 5 年以前 2
McClellan has two DC10's ready to go if a large fire starts. They don't have quite as large a payload as the 747, but they can get to a fire just as fast. Had one go over my house last night. They are noisy.
回复 ↓•永久链接•Parent•Report

sharon bias 5 年以前 2
McClellan has the big planes because we have that loooooong runway the Air Force built. They can park the smaller aircraft at other fields.
回复 ↓•永久链接•Parent•Report

Tom Pera 5 年以前 2
and a huge ramp space... and a guy who runs the old base that knows what he's doing!
回复 ↓•永久链接•Parent•Report

ron baird 5 年以前 2
I saw this gorgeous airplane land at the pima airpark last fall for annual maintenance.
On final, it dropped the last of its firefighting retardant load.
Utterly awesome, spectacular, and beautiful!!!
A fantastic way of repurposing aircraft rather than parting them out as so many are at the Airpark..hulks of their former beautiful graceful lives.
回复 ↓•永久链接•Report

None of the tables I found online with a few minutes of Googling showed altitudes above 60,000 feet at which the speed of sound was about 659 mph, so I don't think the Global SuperTanker is flying remotely near "just under the speed of sound".

"At least for now, this aircraft is not available for use in California or the U.S...."

Yeah, because it's in Brazil. It's not available for use in Lichtenstein, Turkmenistan, American Samoa, or anywhere else because It's. In. Brazil.
回复 ↓•永久链接•Report

Mark Harris 6 年以前 2
This report is from a news channel in San Francisco so presumably they just wanted to let residents know that it was not available for use in their local area - or indeed the country.
回复 ↓•永久链接•Parent•Report

Enrique Silva 5 年以前 2
They are not saving anything. These fires happen every year and the worst ones happened between 2004 and 2005.
回复 ↓•永久链接•Report

- Bolivians beg to differ, government-approved fires spread to national parks and biodiversity reserves over a month, some fires were 30 Km from major population centres, before Civil Defense was activated due to citizen pressure.

- On the other hand seems Brazileans WANT to burn down their house...
回复 ↓•永久链接•Parent•Report

Cibrut Turbic 5 年以前 1
So is it Coulson's according to livery or is it not? There was no single mention about Coulson :(
回复 ↓•永久链接•Report

JROBO 5 年以前 3
Its Evergreen GST in the Bolivian amazon/pantanal/Chiquitania, Coulson helicopters may be hired next.

mimana 5 年以前 1
Wrong... This is not correct. The B-747 Super tanker is fliying in Bolivia's Chiquitania lands. This area is in the Santa Cruz state in Bolivia. Please get the detail corrected.
回复 ↓•永久链接•Report

mimana 5 年以前 1
By the way, it is using Viru Viru International Airport (VVI) in Santa Cruz for this operations in Bolivia.
回复 ↓•永久链接•Parent•Report

lynx318 5 年以前 1
Looking at the satellite image of the fires,
https://www.sciencemag.org/sites/default/files/styles/inline__699w__no_aspect/public/firemap_700p.jpg?itok=hVBwnVPM
they have their job cut out for them, any help is good help.
回复 ↓•永久链接•Report

DGR Rathborne 5 年以前 0
They sure have their work cut out . But will the drop get through the Canopy ? If it doesn't , how effective is it ?
They may not be the Heroes of the sky . But God Bless them for trying . These Amazon fires really have me worried . The planet really needs this Rain Forest for all of us .
回复 ↓•永久链接•Report